Taranto is a coastal city in Puglia, Southern Italy. It is the capital of the Province of Taranto and is an important commercial port as well as the main Italian naval base.[1]

It is the third-largest continental city of Southern Italy: according to 2011 population census, it has a population of 200,154.

Taranto is an important commercial and military port. It has well-developed steel and iron foundries, oil refineries, chemical works, some shipyards for building warships, and food-processing factories.

Taranto's pre-history dates back to 706 BC [2] when it was founded as a Greek colony, established by the Spartans. The ancient city was situated on a peninsula on which the modern city has been built over the ancient Greek city of which only a few ruins remain including part of the city wall, two temple columns dating to the 6th century BC and tombs.[3]

The islets of S. Pietro and S. Paolo (St. Peter and St. Paul), collectively known as Cheradi Islands, protect the bay, called Mar Grande (Big Sea), where the commercial port is located. Another bay, called Mar Piccolo (Little Sea), is formed by the peninsula of the old city, and has flourishing fishing. Mar Piccolo is a military port with strategic importance.

At the end of the 19th century, a channel was excavated to allow the military ships to enter Mar Piccolo harbour, and the ancient Greek city become an island connected to the mainland by bridges. In addition, the islets and the coast are strongly fortified. Because of the presence of these two bays, Taranto is also called “the city of the two seas”.

The Greek colonists from Sparta called the city Taras (Τάρας), after the mythical hero Taras, while the Romans, who connected the city to Rome with an extension of the Appian way, called it Tarentum.

The comune of Taranto (red) within its province.

The natural harbor at Taranto made it a logical home port for the Italian naval fleet before and during the First World War. During World War II, Taranto became famous as a consequence of the November 1940 British air attack on the Regia Marina naval base stationed here, which today is called the Battle of Taranto.

Taranto is also the origin of the common name of the Tarantula spider family, Theraphosidae, even though strictly speaking there are no members of Theraphosidae in the area. In ancient times, residents of the town of Taranto, upon being bitten by the large local Wolf Spider, Lycosa tarentula, would promptly do a long vigorous dance like a Jig. This was done in order to sweat the venom out of their pores, even though the spider's venom was not fatal to humans. The frenetic dance became known as the Tarantella. 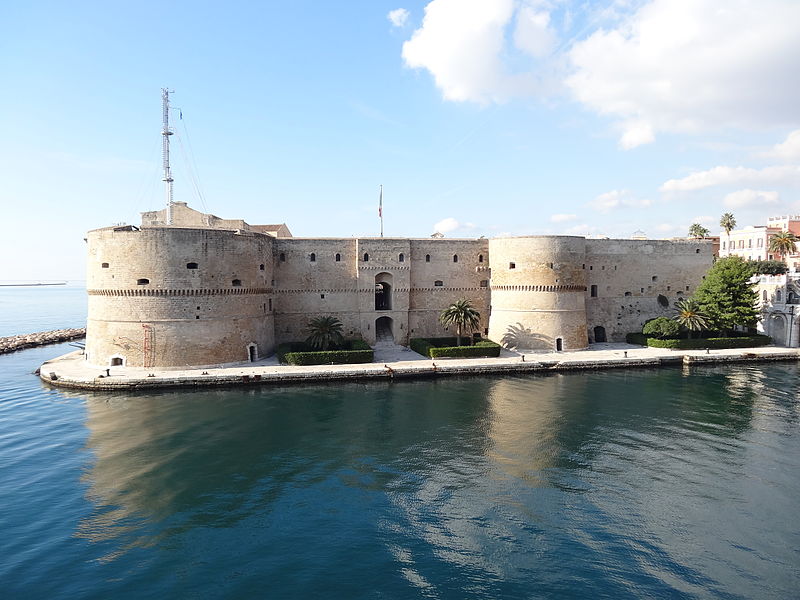